Attention-deficit hyperactivity disorder (ADHD) is a common childhood-onset psychiatric disorder characterized by inattention, impulsivity and hyperactivity. ADHD exhibits substantial heritability, with rare monogenic variants contributing to its pathogenesis. Here we demonstrate familial ADHD caused by a missense mutation in CDH2, which encodes the adhesion protein N-cadherin, known to play a significant role in synaptogenesis; the mutation affects maturation of the protein. In line with the human phenotype, CRISPR/Cas9-mutated knock-in mice harboring the human mutation in the mouse ortholog recapitulated core behavioral features of hyperactivity. Symptoms were modified by methylphenidate, the most commonly prescribed therapeutic for ADHD. The mutated mice exhibited impaired presynaptic vesicle clustering, attenuated evoked transmitter release and decreased spontaneous release. Specific downstream molecular pathways were affected in both the ventral midbrain and prefrontal cortex, with reduced tyrosine hydroxylase expression and dopamine levels. We thus delineate roles for CDH2-related pathways in the pathophysiology of ADHD.

Attention-deficit hyperactivity disorder (ADHD) is one of the most common childhood-onset neuropsychiatric conditions, characterized by a persistent pattern of inattention, impulsivity, and hyperactivity, with complications often continuing into adulthood1. Affected individuals have difficulties in higher-level executive functions, which are mediated by late-developing frontal-striatal-parietal and frontal-cerebellar neuronal networks. These mainly include motor and interference inhibition, working memory, sustained attention, and temporal information processing2. Although its etiology is not well defined, ADHD appears to have substantial heritability, and as such, it has been the focus of considerable genetic research, with growing evidence that rare monogenic variants may possess an essential role in its pathogenesis3.

Here we describe three siblings of a consanguineous kindred presenting with severe ADHD, apparent as of early childhood. Through linkage analysis, whole-exome sequencing (WES), and biochemical studies, we identified a disease-associated homozygous missense mutation in CDH2, affecting proteolysis and maturation of the encoded N-cadherin adhesion protein, which is known to play a significant role in synaptogenesis, plasticity-induced long-term spine stabilization, and neurite outgrowth4,5. Notably, CDH2 has an essential role in regulating the proliferation of dopaminergic progenitors within the limbic system, primarily the ventral midbrain and prefrontal cortex6. Through generation and analysis of mice homozygous for the human mutation in the mouse CDH2ortholog, we demonstrated hyperactivity and deficient sensorimotor integration in the mutant mice and delineated downstream physiological and molecular pathways mediating the phenotype, mainly alterations in synaptic properties and defects in dopamine neurotransmission. Thus, we identify the role of CDH2 and its downstream pathways in the pathophysiology of ADHD.

Groundbreaking study uncovers the cause of ADHD


ADHD is one of the most common neurological disorders that usually first show up during childhood. (CREDIT: Creative Commons)

This new study was carried out by researchers from the Ben-Gurion University of the Negev and Soroka-University Medical Center and was published in the peer-reviewed academic journal Nature Communications.


ADHD is one of the most common neurological disorders that usually first show up during childhood. This disorder in particular is characterized by inattention, hyperactivity, impulsivity and difficulty focusing.

But what causes it?

It is obvious that there is a genetic predisposition to it. But how exactly does it work? Which genes are affected?

According to the new study, that gene may just be CDH2, should that gene mutate.

CDH2 is a gene that encodes N-cadherin, which is responsible for helping in brain synapse activity and formation. A mutation in CDH2, however, alters this activity. This, in turn, impacts molecular pathways and dopamine levels in two specific brain structures: the ventral midbrain and the prefrontal cortex, both of which are involved in ADHD.


This was tested by using CRISPR to insert this type of mutation in homologous mouse genes, which caused hereditary hyperactivity.

The implications of this finding could help pave the way for further understanding how ADHD works, and how it can be treated and managed.


“We raised mice with exactly the same mutation in their genes and put them through 15 behavior tests, which show they clearly have ADHD,” one of the authors, Prof. Ohad Birk, said in a statement.

"In addition to the scientific importance of finding a clear delineation of a novel genetic basis and molecular pathways for ADHD, both the mutant human cells and the mouse strain carrying the human mutation can serve as an effective model system for the discovery of novel medications for ADHD," said Birk.


“These mice, and others like them, will become a standard tool for researchers studying ADHD, including those finding medications."

"Normally, it’s very hard to create a good animal model for studying ADHD, as several genes can be involved, and possibly also environmental factors. Here there’s just one gene that causes ADHD, and all the symptoms we look for are there, which is what makes ours such a reliable model.”


Further studies have been initiated by the Birk team at BGU’s National Institute for Biotechnology in the Negev (NIBN).

Some people with ADHD have fewer symptoms as they age, but some adults continue to have major symptoms that interfere with daily functioning, according to the Mayo Clinic. In adults, the main features of ADHD may include difficulty paying attention, impulsiveness and restlessness. Symptoms can range from mild to severe.

Many adults with ADHD aren't aware they have it — they just know that everyday tasks can be a challenge. Adults with ADHD may find it difficult to focus and prioritize, leading to missed deadlines and forgotten meetings or social plans. The inability to control impulses can range from impatience waiting in line or driving in traffic to mood swings and outbursts of anger.

Adult ADHD symptoms may include:

Further from the Mayo Clinic, almost everyone has some symptoms similar to ADHD at some point in their lives. If your difficulties are recent or occurred only occasionally in the past, you probably don't have ADHD. ADHD is diagnosed only when symptoms are severe enough to cause ongoing problems in more than one area of your life. These persistent and disruptive symptoms can be traced back to early childhood.

Diagnosis of ADHD in adults can be difficult because certain ADHD symptoms are similar to those caused by other conditions, such as anxiety or mood disorders. And many adults with ADHD also have at least one other mental health condition, such as depression or anxiety.

Bipolar Disorder and ADHD: How Are They Related?

The relationship between bipolar disorder and ADHD 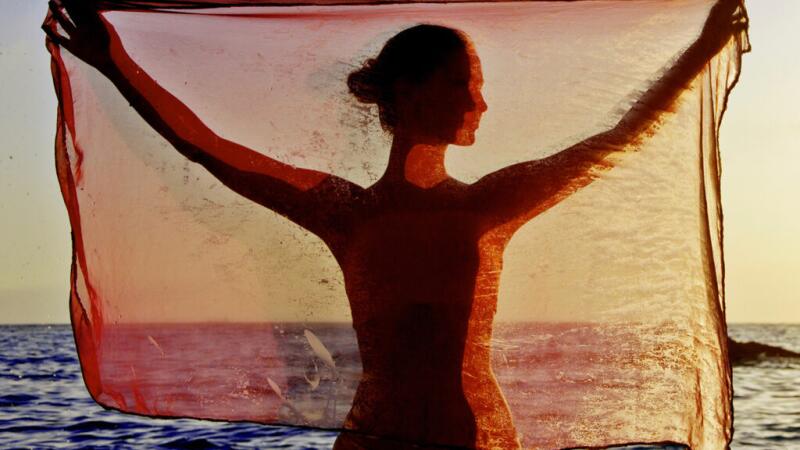 Bipolar disorder and ADHD are two mental health conditions that can occur together but often present with different symptoms.

ADHD is a neurodevelopmental disorder that affects concentration. People living with the condition experience hyperactivity and impulsive behavior. ADHD typically starts in childhood. Many children are diagnosed after experiencing difficulties in school.

Bipolar disorder and ADHD are similar in that both conditions can cause a person to feel increased energy and talking. However, the two conditions are diagnosed and treated differently.

How often do bipolar disorder and ADHD co-occur?

Bipolar disorder and ADHD co-occur in about 20% of cases. People with both disorders often experience difficulty in school performance, work, and relationships and a greater risk of substance misuse.

Both disorders can place individuals at an increased risk for suicide attempts. Bipolar disorder and ADHD increase the prevalence of disruptive behaviors and impulsivity, making attempted and completed suicide more likely.

If someone you know is at immediate risk of harming themselves or others or at risk of suicide:

If you or someone you know is having suicidal thoughts, contact the National Suicide Prevention Lifeline:

This service is available 24-7.

There are three types of bipolar disorder:

Signs that a person with bipolar disorder is experiencing a manic or depressive episode include:

ADHD is characterized by inattention or hyperactivity-impulsivity, which interferes with daily functioning.

Inattention means difficulty concentrating, sustaining focus, and staying organized. However, this is not due to defiance or lack of comprehension.

Signs that a person is experiencing inattention, hyperactivity, or impulsivity with ADHD are:

Bipolar disorder and ADHD differ because one is a mood disorder, and the other is an attention disorder. While both can occur simultaneously, they often present with different characteristics. Here are some examples:

Diagnosis of both conditions is based on symptoms, history, and family history. Diagnosis typically begins with your doctor. They may perform lab tests to rule out any medical conditions causing symptoms.

To diagnose bipolar disorder, your doctor will typically recommend you contact a mental health professional to evaluate manic or depressive symptoms and how they impact daily functioning.

They will determine the severity of symptoms to assess the type of bipolar disorder. They will also rule out other conditions, such as anxiety or major depressive disorder.

To diagnose ADHD, your doctor will typically determine whether the core symptoms — inattention, hyperactivity, and impulsivity — are present. They will also assess how much these symptoms interfere with work or school. Like bipolar disorder, they will rule out other mental health conditions that might be causing your symptoms.

Treatment for bipolar disorder and ADHD

Bipolar disorder and ADHD are typically treated with medications. However, the medications for each disorder are different.

The first goal of treatment for symptoms of bipolar disorder is mood stabilization. Symptoms are typically treated with mood stabilizers, such as:

A doctor may prescribe antipsychotics, which can also be used for people who experience psychosis in manic episodes.

For people with ADHD, in addition to bipolar disorder, your doctor may add a stimulant, such as methylphenidate, atomoxetine, or amphetamine salts. This helps with the core symptoms of ADHD.

More research is needed to determine whether the stimulant medications used for ADHD can cause a manic episode in people with comorbid bipolar disorder.

People with bipolar and ADHD can also benefit from psychotherapy by a mental health professional. Cognitive behavioral therapy (CBT) is the most common and well-studied form and is often used to help treat bipolar disorder and ADHD.

CBT involves changing thoughts to help improve how a person feels and behaves. CBT is often used in conjunction with medications.

Bipolar disorder and ADHD are two mental health conditions that sometimes occur together. While the two conditions share some of the same symptoms, they typically present at different times and are treated with different medications.

If you experience symptoms of either condition, contact your doctor for evaluation and a referral to a mental health professional.