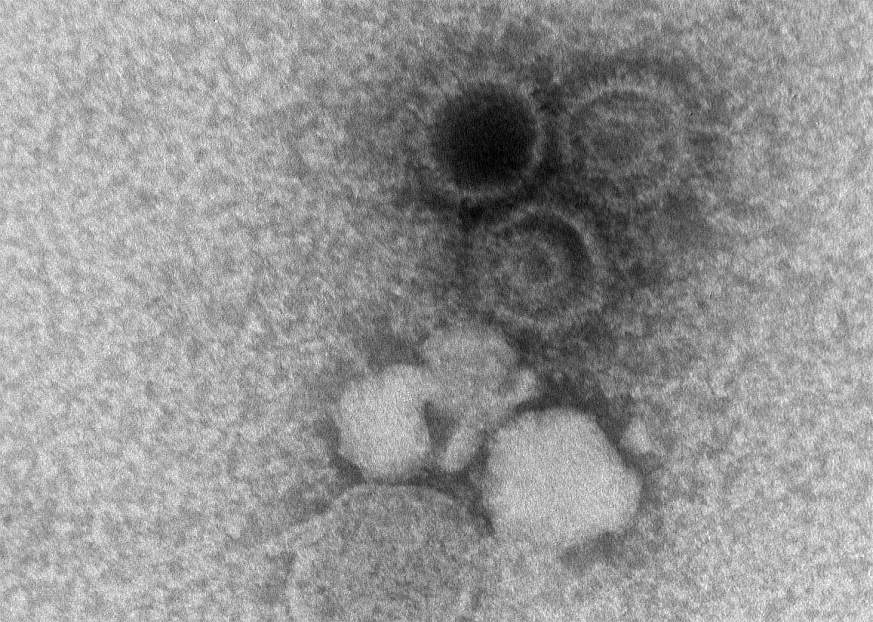 A panel of investigational monoclonal antibodies (mAbs) targeting different sites of the Epstein-Barr virus (EBV) blocked infection when tested in human cells in a laboratory setting. Moreover, one of the experimental mAbs provided nearly complete protection against EBV infection and lymphoma when tested in mice. The results appear online today in the journal Immunity. Scientists from the National Institute of Allergy and Infectious Diseases (NIAID), part of the National Institutes of Health, in collaboration with researchers from Walter Reed Army Institute of Research, led the study.

EBV is one of the most common human viruses. After an EBV infection, the virus becomes dormant in the body but may reactivate in some cases. It is the primary cause of infectious mononucleosis and is associated with certain cancers, including Hodgkin lymphoma, and autoimmune diseases, such as multiple sclerosis. People with weakened immune systems, such as transplant recipients, are more likely than immunocompetent people to develop severe symptoms and complications from EBV infection. There is no licensed vaccine to protect against the virus.

The researchers developed several investigational mAbs targeting two key proteins—gH and gL—found on EBV’s surface. The two proteins are known to facilitate EBV fusion with human cells and cause infection. When tested in the laboratory setting, the investigational mAbs prevented EBV infection of human B cells and epithelial cells, which line the throat at the initial site of EBV infection. Analyzing the structure of the mAbs and their two surface proteins using X-ray crystallography and advanced microscopy, the researchers identified multiple sites of vulnerability on the virus to target. When tested in mice, one of the experimental mAbs, called mAb 769B10, provided almost complete protection against EBV infection when given. The mAb also protected all mice tested from EBV lymphoma.

The findings highlight viable EBV vaccine targets and the potential for the experimental mAbs to be used alone or in combination to prevent or treat EBV infection in immunocompromised patients most susceptible to severe EBV-related disease, according to the researchers. Additional research with mAb 769B10 is planned, the authors note.

NIAID conducts and supports research—at NIH, throughout the United States, and worldwide—to study the causes of infectious and immune-mediated diseases, and to develop better means of preventing, diagnosing and treating these illnesses. News releases, fact sheets and other NIAID-related materials are available on the NIAID website.