Nobel Prize in Physiology or Medicine Is Awarded to Svante Pääbo 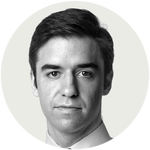 The Nobel Prize in Physiology or Medicine was awarded on Monday to Svante Pääbo, a Swedish-born scientist whose decades spent trying to extract DNA from 40,000-year-old bones culminated in the unveiling of the Neanderthal genome in 2010.

The publication of that genome opened the door to investigating questions that had bedeviled paleontologists since Neanderthal fossils were first found in a German quarry in 1856: How did those early humans relate to modern ones, and what made them different?

Dr. Pääbo’s abiding obsession — how to recover and analyze ancient genetic material — seemed destined to founder in the face of vexing technical difficulties, the Nobel committee said on Monday.

Nobel Prize in Physiology or Medicine Is Awarded to Svante Pääbo