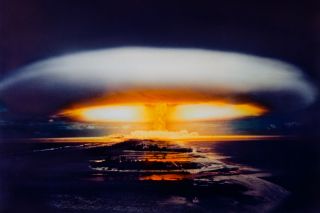 More than 5 billion people — roughly 63% of the world's current population — would die of famine in the aftermath of a full-scale nuclear war between the United States, Russia and their allies, a new study has revealed.

According to the researchers, the conflict would create widespread fires that could eject up to 165 million tons (150 million metric tons) of soot into Earth's atmosphere, leading to crop declines in the food-exporting U.S. and Russia that would send global calorie production plummeting by as much as 90%.

The study, published Aug. 15 in the journal Nature Food(opens in new tab), is the latest in four decades of landmark research that has attempted to sketch out the threat of a nuclear war. Of the world's approximately 12,705 nuclear warheads, Russia has 5,977, and the United States has 5,428, according to the Stockholm International Peace Research Institute’s latest report. The country with the third most nuclear warheads is China, with 350. India and Pakistan have 160 and 165, respectively.

A full-scale nuclear war "would produce climate change that is unprecedented in human history," study co-author Alan Robock, a professor of climate science at Rutgers University in New Jersey, said at a news conference on Monday (August 15). "In a U.S.-Russia nuclear war, more people would die [from famine] in India and Pakistan alone than in the countries actually fighting the war."