After a weekend of confrontations between officials and demonstrators, video from two sites in Shanghai and Beijing showed a heavy security presence. Here’s the latest on the situation.

“Lift the lockdown,” the protesters screamed in a city in China’s far west. On the other side of the country, in Shanghai, demonstrators held up sheets of blank white paper, turning them into an implicit but powerful sign of defiance. One protester, who was later detained by the police, was carrying only flowers.

Over the weekend, protests against China’s strict Covid restrictions ricocheted across the country in a rare case of nationwide civil unrest. 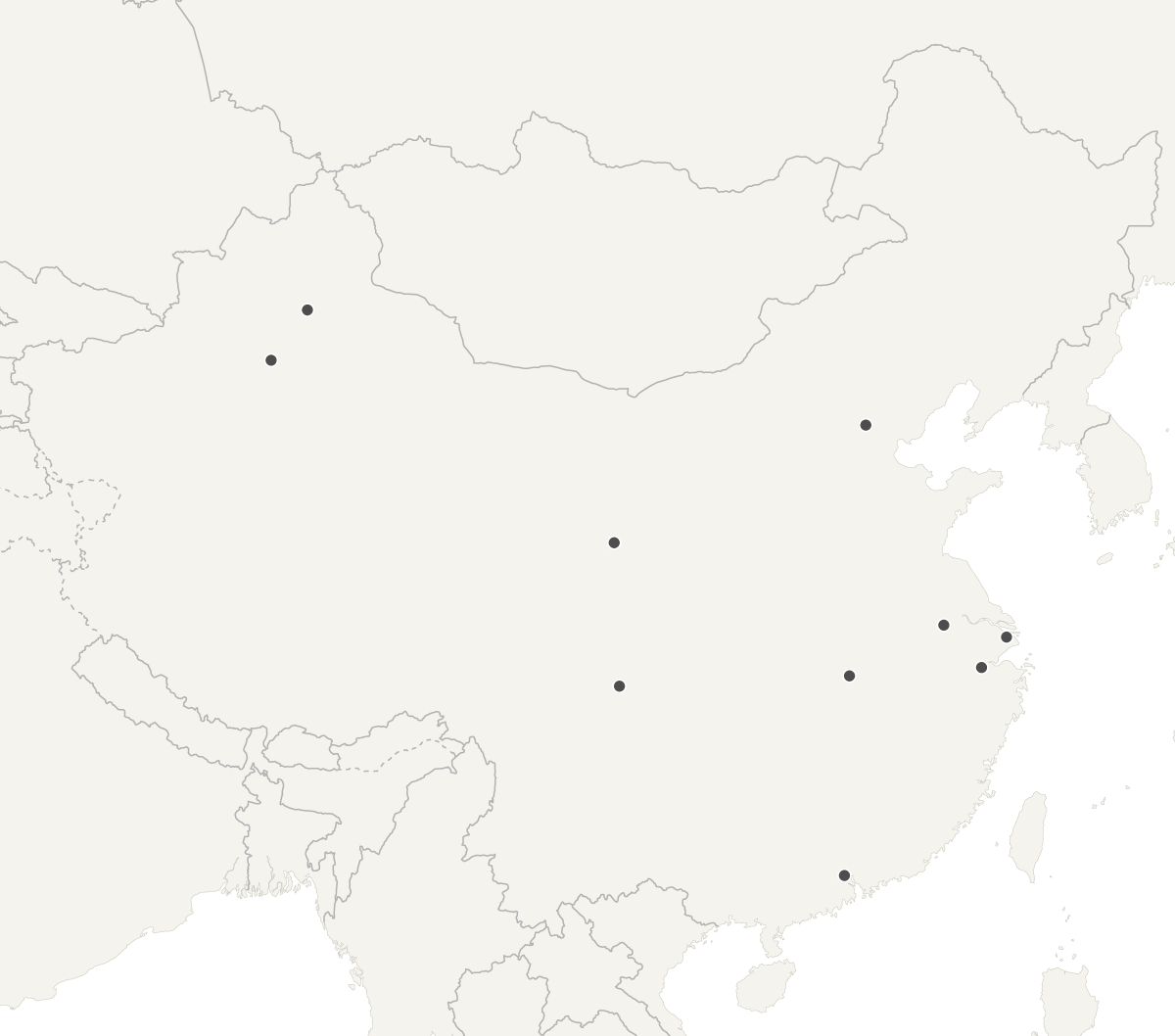 A deadly fire in Urumqi, where many were under lockdown, set off protests across the country.

Hundreds gathered to grieve the dead in Shanghai.

On Monday, one group supporting the protesters issued online calls for limited numbers of demonstrators to gather at the People’s Square in Shanghai and near a subway stop in northwest Beijing in the evening. But video shared from the two sites, identifiable from the buildings and signs in the background, showed a heavy security presence, with police buses and cars lining the streets.

In the eastern city of Hangzhou, a crowd of people gathered at a shopping mall but were closely watched by an even larger group of uniformed police officers. A woman was screaming as several of the officers took her away, according to videos circulating online. Onlookers shouted at the police.

Some demonstrators this weekend had gone so far as to call for the Communist Party and its leader, Xi Jinping, to step down. Many were fed up with Mr. Xi, who in October secured a precedent-defying third term as the party’s general secretary, and his “zero-Covid” policy, which continues to disrupt everyday life, hurt livelihoods and isolate the country.

The Chinese government on Monday blamed “forces with ulterior motives” for linking a deadly fire in the western Xinjiang region to strict Covid measures, a key driver as the protests spread across the country.

The 1.4 billion-plus residents of China remain at the mercy of the stringent policy. It is designed to stamp out infections by relying on snap lockdowns of apartment buildings and sometimes whole cities or regions, as well as forcing lengthy quarantines and a litany of tests on residents. 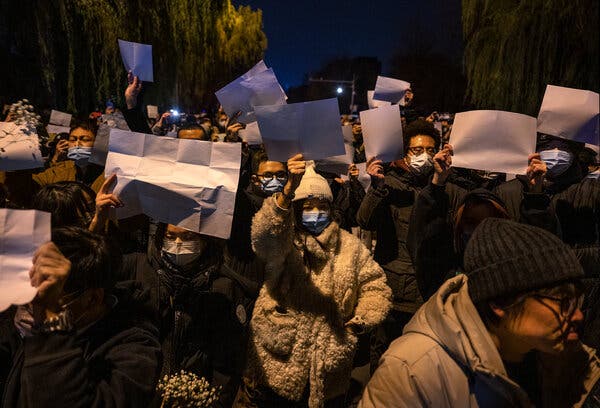 Outside China, the rest of the world has adapted to the virus and is near normalcy. Take soccer’s premier event, the World Cup. Thousands of people from across the globe have assembled in Qatar and are cheering on their teams, shoulder-to-shoulder, without masks, in packed stadiums.