Mayor Eric Adams directed city agencies, including the Police Department, to take people who appear to be severely mentally ill to hospitals for psychiatric care. 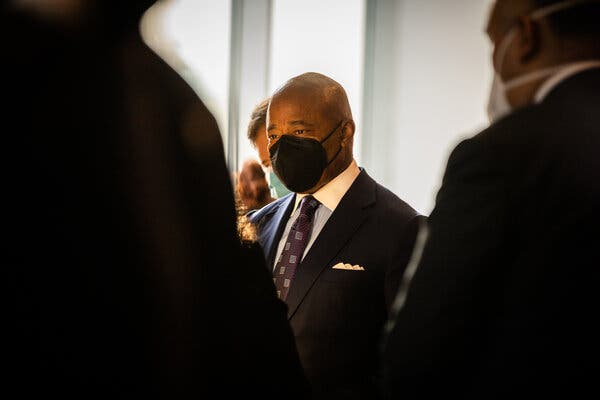 Mayor Eric Adams announced a major effort on Tuesday to remove people with severe, untreated mental illness from the city’s streets and subways, saying New York had “a moral obligation” to address “a crisis we see all around us.”

The effort will involve hospitalizing people involuntarily, even if they do not pose an immediate risk of harm to others.

“The common misunderstanding persists that we cannot provide involuntary assistance unless the person is violent,” Mr. Adams said. “This myth must be put to rest. Going forward, we will make every effort to assist those who are suffering from mental illness and whose illness is endangering them by preventing them from meeting their basic human needs.”

The city said it would roll out training immediately to police officers, Emergency Medical Services staff and other medical personnel to “ensure compassionate care.” But the city’s new directive on the policy acknowledges that “case law does not provide extensive guidance regarding removals for mental health evaluations based on short interactions in the field.”

Frequently, homeless people with severe mental illness are brought to hospitals, only to be discharged a few days later when their conditions improve slightly. Mr. Adams said the city would direct hospitals to keep those patients until they are stable and to discharge them only when there is a workable plan in place to connect them to ongoing care.

Hospitals often cite a shortage of psychiatric beds as the reason for discharging patients, but the mayor said that the city would make sure there were enough beds for people who are removed. He noted that Gov. Kathy Hochul had agreed to add 50 new psychiatric beds. “We are going to find a bed for everyone,” Mr. Adams said.

Andy Newman writes about social services and poverty in New York City and its environs. He has covered the New York metropolitan area for The Times for 25 years and written nearly 4,000 stories and blog posts. @andylocal